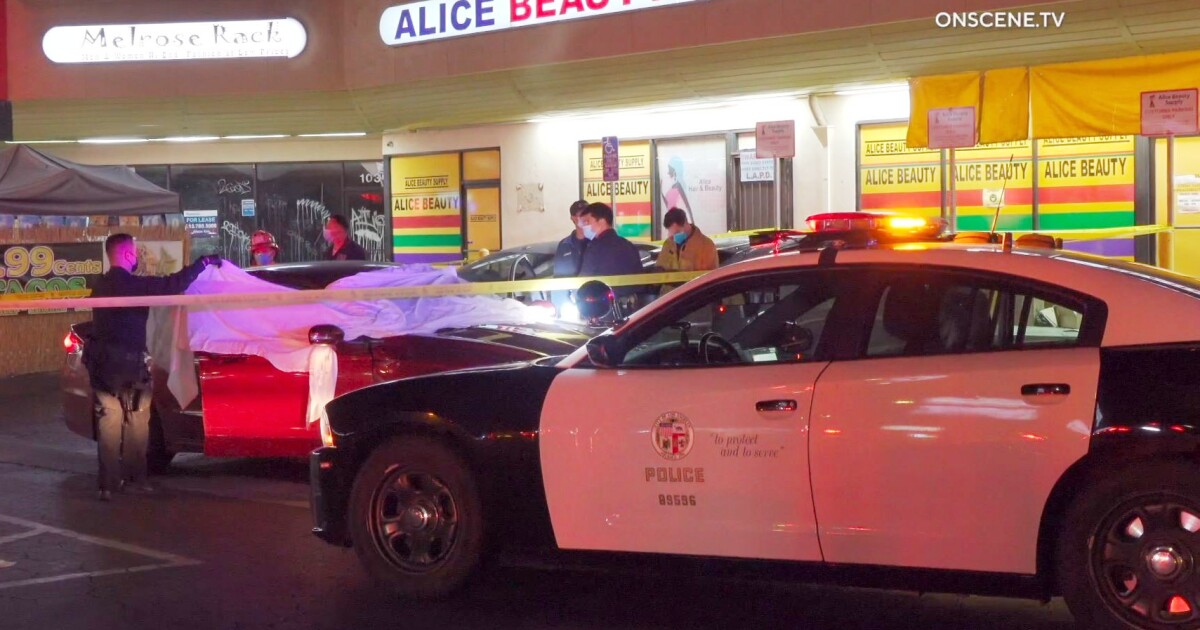 A spate of shootings and other violence rippled across Los Angeles County over the weekend, leaving four men dead and several people injured.

In the wee hours Sunday, a shooting brought officers to the 13600 block of Ventura Boulevard in Sherman Oaks, a usually cheery block lined with eateries and shops.

Two people — a man in his 20s and a woman in her 30s — had been shot and were transported to a hospital for treatment, Los Angeles Police Department spokesman Officer Mike Lopez said. Both are in stable condition, he said. Friends of another man in his 20s brought him to a medical center to treat gunshot wounds, according to police.

Witnesses said there may have been an altercation that led to the shooting, Lopez said. Police detained one man, but it was unclear whether he was arrested, according to Lopez.

ABC-TV Channel 7 reported that someone drove by and shot into a small crowd gathered outside the Woodman bar.

Later Sunday night, an argument just before 9 p.m. in North Hollywood ended fatally when a 50-year-old man struck a 70-year-old man with a blunt object, Lopez said. The blow made the older man crumple, and law enforcement officers found him dead in the 5700 block of Klump Avenue, police said. The suspect, whom police did not identify, is in custody.

Less than two hours later, Hawthorne police received reports of a shooting near the local airport in the 12000 block of Crenshaw Boulevard, according to a news release. But when officers arrived about 10:45 p.m., they found no evidence of a shooting. Moments later, they received reports about a car crash less than a mile south, in the 3300 block of El Segundo Boulevard.

Hawthorne police found a 49-year-old man dead in his car with a gunshot wound to his chest — possibly the victim of the earlier shooting, police said.

On Monday shortly after midnight, another shooting brought Los Angeles police to a strip mall parking lot at the corner of Crenshaw and Washington boulevards, where two men were found dead in what could be linked to gang violence, Lopez said.

Los Angeles police found one man in his vehicle, unresponsive, when they arrived about 1 a.m., according to a department news release. Officers draped white cloths over the windows of the red sedan, video from OnScene.TV showed. The video showed another man, facedown and bleeding, in the parking lot. A woman who was shot while inside her vehicle was transported to the hospital in stable condition, Lopez said.

“No information on suspect at this time,” he said.

India Hits Another Grim Record as It Scrambles for Oxygen Supplies