California coronavirus cases keep ‘falling like a rock’ despite surges in Oregon, Washington 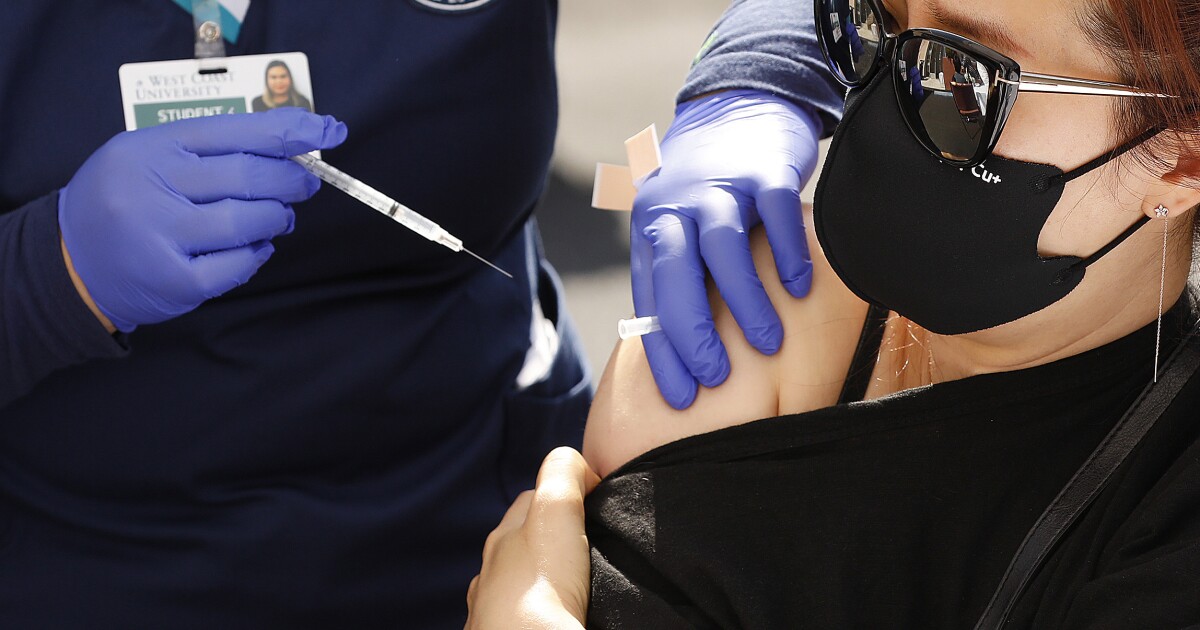 Even as Oregon and Washington face new COVID-19 surges, there is growing optimism that California remains in recovery mode as coronavirus cases continued to fall dramatically along with related deaths.

“In California, we’ve done much better,” UC San Francisco epidemiologist Dr. George Rutherford said. “We’re truly No. 1 here again: So we have a 37% decline in cases overall, and a 5% decline in hospitalizations, and almost a 50% drop, over the last two weeks, in terms of mortality.”

The coronavirus positivity rate “has fallen like a rock,” he said last week, hovering around 1%.

In a sign of this progress, Los Angeles County public health authorities on Sunday reported no new deaths related to COVID-19. Although officials cautioned that the figure was probably an undercount because of reporting delays on weekends, it still marked a bright spot, capping several months of progress in the fight against the coronavirus.

There are now fewer than 2,000 new confirmed coronavirus cases a day on average over the past week in California, a huge drop from about 45,000 cases a day at the peak of the surge in December and January. About 60 Californians have died every day from COVID-19 over the last week — the kinds of numbers not seen in six months — down from a peak of 562 deaths a day in January.

Cumulatively, there have been more than 61,500 COVID-19 deaths in California.

Although 2,000 new cases a day still shows the coronavirus “has not gone away,” Rutherford said California has staged “a remarkable accomplishment given the depth of the epidemic here and the complexity of the state.”

There are still some areas of California doing worse than others; of the state’s 58 counties,none is in the most restrictive purple tier of the state’s color-coded reopening plan, but 13 are in the second-most restrictive, or red, tier. They are largely in the Central Valley, the Sierra foothills, and sparsely populated counties on the far northern end of the state. Near Lake Tahoe, officials ordered a quarantine of “a significant number” of Truckee High School students after officials confirmed 29 positive cases.

And Gov. Gavin Newsom has said he wants California to “fully reopen its economy” on June 15 and retire the tier system as long as hospitalization rates remain stable and low and vaccine supply is ample, while retaining some “common-sense” risk-reduction measures.

There remains some concern about decreasing interest in vaccinations; last week, L.A. County reported a 50% drop in booked appointments for the first dose of the COVID-19 vaccine. Still, overall, California has one of the lowest rates of vaccine hesitancy in the nation.

While variants continue to be potentially problematic, they haven’t been problematic in California lately.

“There’s real supposition that [the California variant] … may be out competing the U.K. variant,” Rutherford said.

There remains concern worldwide about the growing crisis in India, undergoing the worst COVID-19 surge any country has faced since the coronavirus was first detected in China more than a year ago. A homegrown variant, the so-called “double mutant” variant officially known as B.1.617, is circulating there and experts are investigating its effect on the surge. A number of scientists have also said that a key role in India’s surge was many people abandoning masks, attending election rallies and returning to sports games and religious festivals; the return to normal followed a premature declaration by the governing political party that it had “defeated” COVID-19.

But based on information Rutherford has reviewed, it appears that the homegrown Indian B.1.617 variant “seems to be controllable by current vaccines … the AstraZeneca vaccine seems to work pretty well,” Rutherford said. “But only 5½% of all Indian adults have been fully vaccinated.”

The sustained declines come as L.A. County appears poised to move into the yellow tier, the most lenient of the state’s COVID-19 reopening system, which will permit most businesses to operate indoors, with modifications. To qualify for the wider reopenings, the county must have an adjusted daily new case rate of fewer than 2 per 100,000 people.